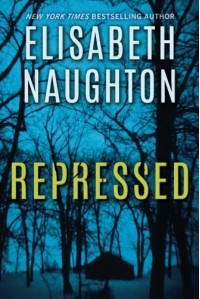 Hidden Falls is exactly as Samantha Parker left it—small, insular, and prone to gossip. Eighteen years have passed since she witnessed her brother’s murder, but she’s still the talk of the town. Until a handsome child psychologist with haunting memories of his own arrives.

Dr. Ethan McClane isn’t exactly a newcomer. If it weren’t for his latest case, he’d never set foot back in Hidden Falls. Thankfully, no one seems to recognize him as the troubled teen from years past. Not even Sam, the delightfully sharp and sexy high school chemistry teacher he can’t stop thinking about.

When Sam and Ethan work together to help one of her students, sparks ignite. But Sam’s hazy memories of a long-ago night concern Ethan, and unlocking the repressed images reveals a dark connection between them. As the horrors of the past finally come to light, their relationship isn’t the only thing in danger. A killer will strike again to keep an ugly secret hidden, and this time no one will be safe.

I think my expectations were just a teeny bit too high. I am a giant fan of Naughton's paranormal romance books I absolutely love the Eternal Guardians series its my favorite, I've enjoyed many other books in other series she's written because she captures really vivid characters, a thrilling plot and just an all around fantastic book almost every single time. So I thought hey, a mystery thriller written by her has to be perfect. I'm a big fan of those return to the past kind of books so I mean there was no way it couldn't not be a five star read.

Well, I was a little bit wrong and a little bit right. The history wasn't what I thought it was going to be, and the suspenseful story line was a bit... it felt a little under developed. Granted its the first book in a series so I kept an open mind but the plot was slow, the setting could have used something to make it more interesting and the characters were just a little too broken, too demented, or too childish. I didn't really care for either h/h but at least the end managed to make up for what the rest of the book lacked but that felt just a little too little too  late  however there are many things that I am interested in still even after finishing the book and have hopes for in future installments for this series and I'm curious what adventures lay in wait for our dark little town.

Source:
Received a digital copy in exchange for an honest review from the author